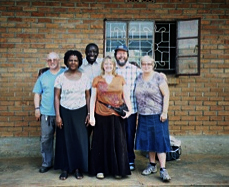 EZRA is the Hebrew word for “Help” and was named so by the founder, former Headteacher, Mrs. Mary Griffiths. She has been working on the project since 1993, when she first visited the area, and was stricken by the poor conditions. She was later joined by former Solicitor Alwyn Griffiths.
Mary left her civil career to concentrate on helping the children of Uganda.
EZRA is a registered Charity answerable to the Charity Commission in Great Britain. Accounts are submitted annually to the Charity Commission.
All the trustees of EZRA are committed Christians, but EZRA is not affiliated to, or controlled by, any particular denomination and is non-denominational in outlook. Mrs. Sarah Okumu is Ezra’s Ugandan co-ordinator and is Ezra’s main contact in Uganda. 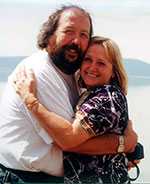 Mary and Al believe that the Love of God is best shown by actions and their reason for building the school in Uganda is best expressed by the following verses:
John 3:17 “…whoever has this world’s goods and sees his brother in need and shuts up his heart against him, how can he say that the Love of God abides in him?”
Matt. 25:45: “… inasmuch as you did it to one of the least of these, you did it to me.”